Star Trek: The Ultimate Voyage brings 50+ years of Star Trek to concert halls worldwide The live concert originally launched in Florida in January 2016 and had played in more than 100 cities. 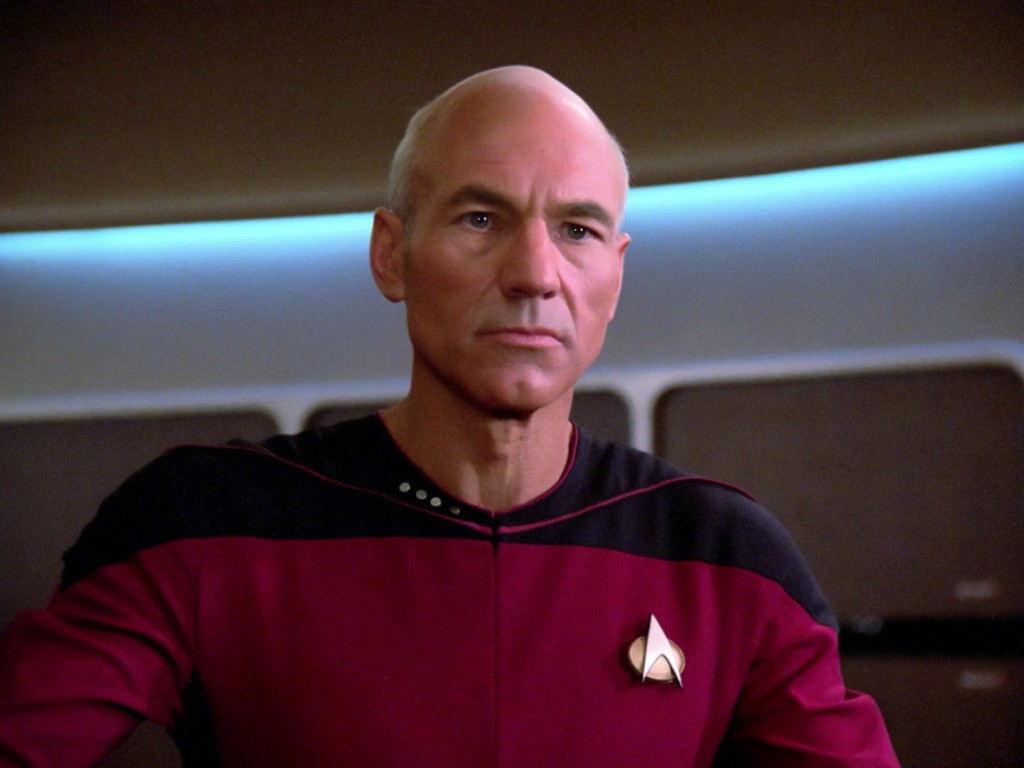 CineConcerts is one of the leading producers of live music experiences performed with visual media, known for its popular live to projection, symphonic concerts including The Godfather in Concert, Gladiator in Concert, Breakfast at Tiffany’s in Concert, It’s a Wonderful Life in Concert, Rudy in Concert, and DreamWorks Animation In Concert productions. Founded by producer/conductor Justin Freer and producer Brady Beaubien, CineConcerts has engaged millions of people worldwide in concert presentations that redefine the evolution of live experience. From full-length movie screenings with live orchestra to music-interactive sporting event experiences to original 3D-environment holiday programming, CineConcerts is at the forefront of live entertainment.

American composer/conductor JUSTIN FREER was born and raised in Huntington Beach, CA. He has established himself as one of the West Coast’s most exciting musical voices and has quickly become a highly sought-after conductor and producer of film music concerts around the world. Freer began his formal studies on trumpet, playing in wind ensembles, marching bands and community orchestras. He quickly turned to piano and composition and composed his first work for wind ensemble at age eleven. Continuing trumpet performance while studying piano and composition, Freer saw multiple wind ensemble, choral and big band performances of his music while still a teenager and gave his professional conducting debut at age sixteen.

Continually composing for various different mediums, he has written music for world-renowned trumpeters Doc Severinson and Jens Lindemann and continues to be in demand as a composer and conductor for everything from orchestral literature to chamber music at some of the most well known concert halls, festivals, music clinics and conventions in the world. Major League Soccer called upon Freer to compose and conduct music for the 2011 and 2012 Major League Soccer Championship Cups in Los Angeles, CA. He has served as composer for several independent films and has written motion picture advertising music for some of 20th Century Fox Studios’ biggest campaigns including Avatar, The Day the Earth Stood Still, Dragonball Evolution and Aliens in the Attic.

Freer has been recognized with numerous grants and awards from organizations including ASCAP, BMI, the Society of Composers and Lyricists and the Henry Mancini Estate. He is the Founder and President of CineConcerts, a company dedicated to the preservation and concert presentation of film, TV and media music set to picture with whom he has produced, curated and conducted full length music score performances live with film for such titles as Gladiator, The Godfather, Breakfast at Tiffany’s and It’s a Wonderful Life, with the upcoming productions Star Trek: The Ultimate Voyage – a celebration of 50 years of music, television and film from the Star Trek franchise as well as DreamWorks Animation In Concert. He used to take . Freer also spent several years as one of the principal conductors for The Lord of the Rings Trilogy In Concert and conducted the European concert run of Titanic.

Mr. Freer earned both his B.A. and M.A. degrees in Music Composition from UCLA, where his principal composition teachers included Paul Chihara and Ian Krouse. In addition, he was mentored by legendary composer/conductor Jerry Goldsmith, whose contributions to the Star Trek franchise include some of the most respected and cherished music ever written for film and television. 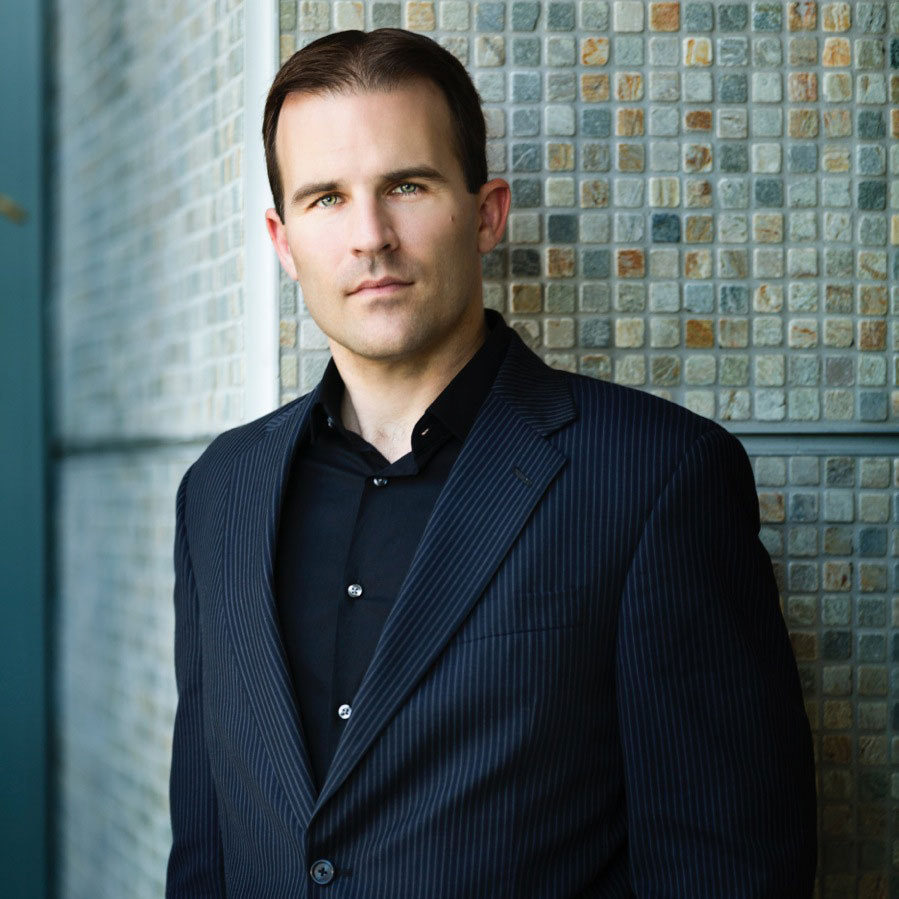 A Stanford graduate, All-American Athlete turned creative impresario, Beaubien is the founder of Interlace Media – an enterprising motion graphics company with a specialty of integrating theatrical and television media.

The acclaimed Interlace is a premiere CG animation and advertising agency for feature films. They define global campaigns of over 100 major Hollywood movies, including Avatar, X-Men, Rio, Ice Age, and Die Hard franchises.

Beaubien co-founded CineConcerts, a company dedicated to reinventing the experience of theatrical presentation and orchestral music. CineConcerts partners with the greatest theatrical concert halls in the world, including the Sydney Opera House and Royal Albert Hall, to screen classic films while renowned orchestras perform the score for the film in real-time. Currently producing Harry Potter and the Sorcerer’s Stone In Concert, Gladiator Live, The Godfather LiveandStar Trek: The Ultimate Voyage.

Beaubien also founded Interlace Design, an international architecture and design firm, currently building a new restaurant in Paris and an exclusive residence in Tokyo. His new headquarters – which he designed and built on Melrose Ave – represents a commitment to the metropolitan and interconnected providence of Los Angeles. Advanced materials and technology merge with wood, concrete and glass in an organic and modernist design.  Mr. Beaubien has partnered with award winning sushi chef, Nobu Matsuhisa, to bring his new restaurant concept into the building. Mr. Beaubien also designed the restaurant. 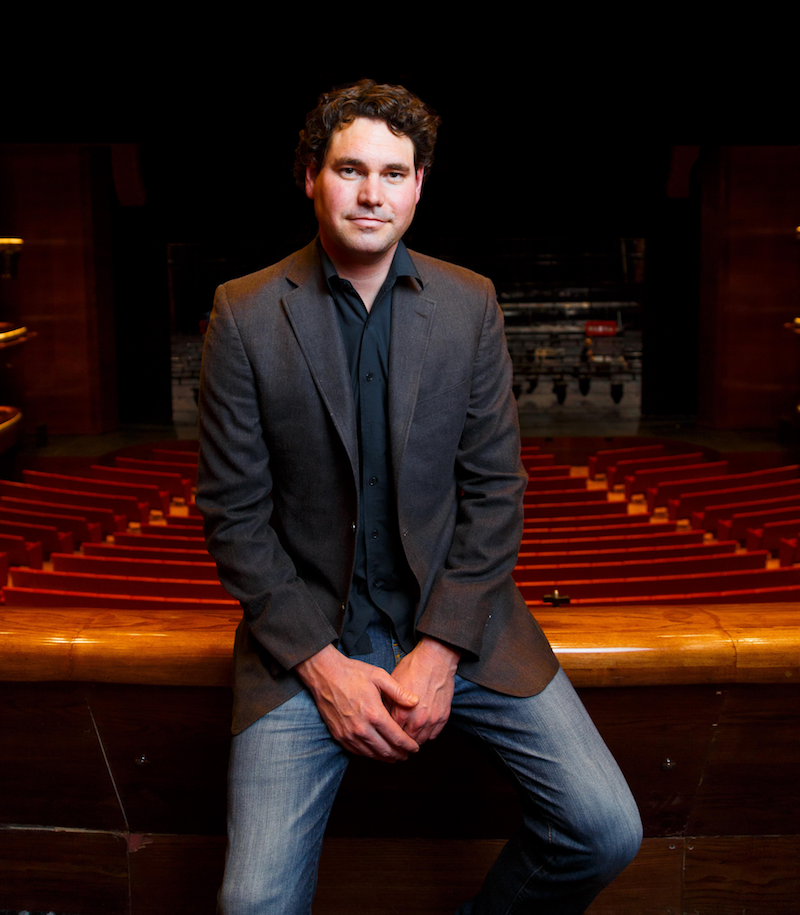 The Klingon Armada. The Romulan Starfleet. The Borg Collective. You’ll need a starship to face these guys down—and now you’ve got one. With phaser banks charged, photon torpedoes armed, and a full orchestra at your back – you’re ready to face down 50+ years of Federation enemies. Witness the greatest battles. Feel the rumble of the orchestra as Starship Captains outwit and out-maneuver their greatest foes. 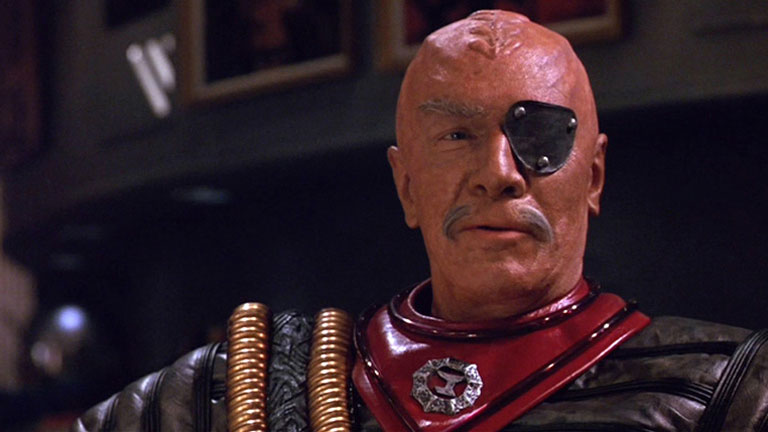 Kirk. Picard. Archer. Janeway. These aren’t just names. They’re the boldest men and women to travel the galaxy. Do it Kirk’s way—throw a punch. Step into Picard’s shoes and join the Borg. Pioneer Earth’s first starship like Jonathon Archer. Or sacrifice your crew’s ability to make it home to save an alien race like Janeway. Over five generations of heroes come to life, along side the greatest music ever composed.

You’re on the Enterprise—and any ship that carries that name is the finest in the fleet. Take her out of orbit, and confront powerful enemies, assist loyal friends, and rescue the helpless. Over five generations of starships wait to warp you through the galaxy—alongside some of the greatest music ever made.

Making it in the Federation takes sacrifices. Every crew member is ready to lay down their life for their beliefs. Bones. Spock. Kirk. Picard. Reiker. Witness the greatest friendships on screen – as you watch 50+ years of crew members responding to the call of duty, all set to the most incredible music ever made. 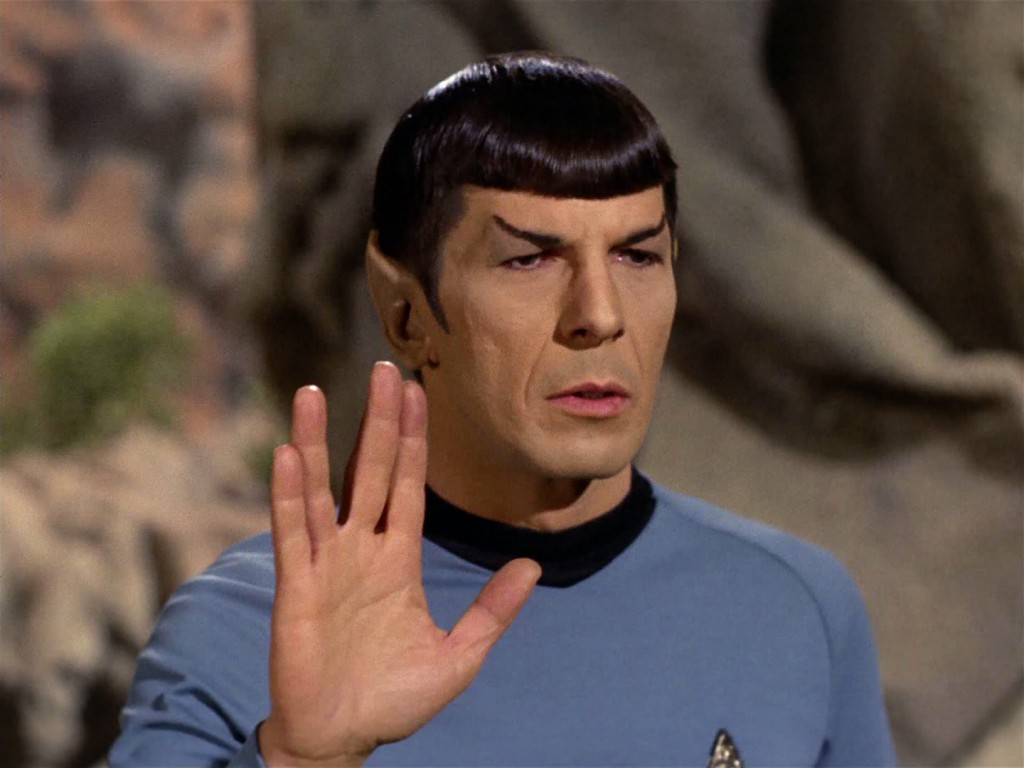 David H. Tanaka is an accomplished film editor whose body of work spans motion picture visual effects, feature film animation, theme park attractions, and special venue productions. Classically trained in piano from the age of 5, he went on to major in film theory at the University of California, Berkeley with a strong interest in motion picture editing and musical score composition. At Industrial Light & Magic, a division of Lucasfilm Ltd, he specialized in the field of visual effects editing on such groundbreaking vfx films as Jurassic Park, Forrest Gump, Star Trek, Indiana Jones and Star Wars. He went on to provide studio trailer and special projects editorial services for Pixar Animation Studios on Cars, WALL•E, Ratatouille, UP, Toy Story 3, Brave and Monsters University, as well as for theme park-related attractions Carsland at Disney’s California Adventure and Ratatouille: The Adventure at Disneyland Paris. In 2012, David H. Tanaka was key collaborator and Creative Editor on Pixar In Concert – an immersive orchestral celebration of all Pixar movies, performed live and in sync to custom-edited montage projections he created. A commercial and independent filmmaker in his own right, he also serves as board member to the Visual Effects Society – a global professional vfx honorary society – and in 2014 received the organization’s outstanding achievement award for his years of service as Northern California chair.

Nick is highly sought after for his forward thinking and technical ability with a reputation for creating and executing outstanding, tour-able, budget conscious and unique designs for a large number of the most successful artists currently in the business. 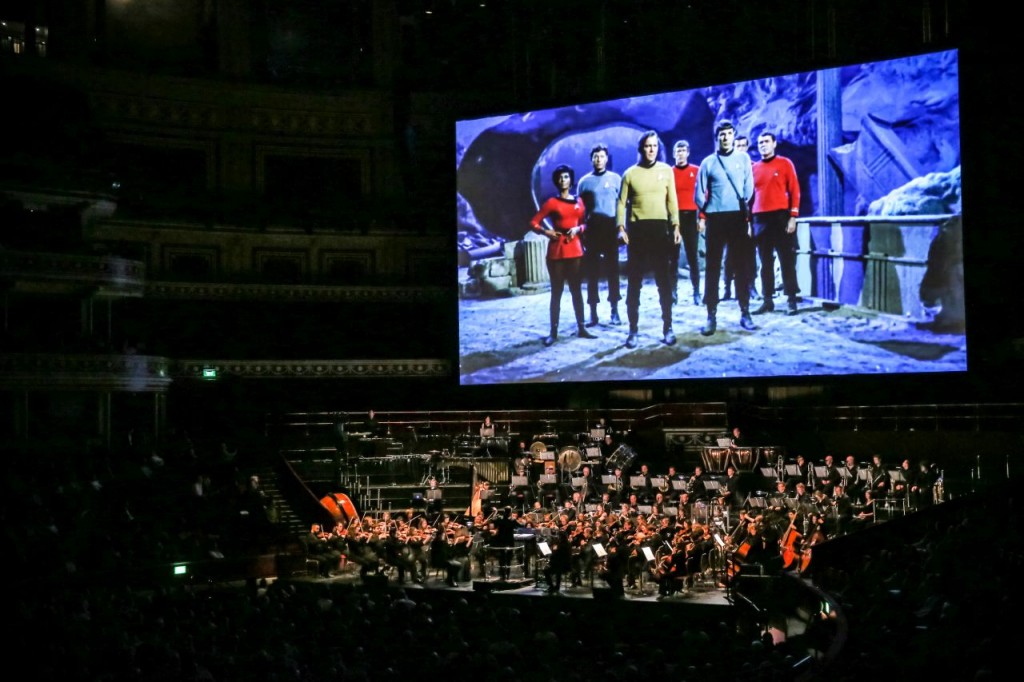